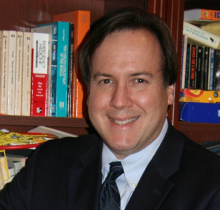 " We are increasingly learning how best to subclassify patients with bipolar depression, which in turn helps us choose from among a growing array of effective, evidence-based treatments in order to minimize treatment resistance and optimize outcomes. " 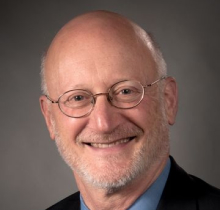 “ Relapse in patients with schizophrenia can interfere with recovery, and we should do everything that we can to prevent it. ”

" We are now able to identify diagnostic subtypes that are clinically relevant to mood disorders and treatment. " 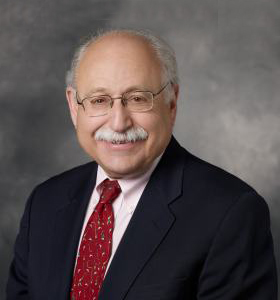 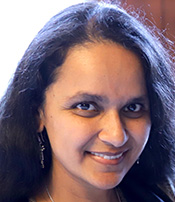 Joseph F. Goldberg, MD is Clinical Professor of Psychiatry at the Icahn School of Medicine at Mount Sinai. He attended college at the University of Chicago, graduate school in neuroscience at the University of Illinois, and medical school at Northwestern University. He completed his residency and chief residency in psychiatry, and fellowship in psychopharmacology, at the Payne Whitney Clinic, New York Presbyterian Hospital, where he later served on the faculty and was site Principal Investigator at Weill-Cornell Medical Center for the NIMH STEP-BD program. He has published over 220 peer-reviewed papers on topics related mainly to the treatment and clinical features of bipolar disorder, as well as four books on bipolar disorder and psychopharmacology, most recently "Practical Psychopharmacology: Translating Findings From Evidence-Based Trials into Real-World Clinical Practice” published in 2021 by Cambridge University Press. He has served on the Board of Directors for the American Society of Clinical Psychopharmacology and is on the editorial boards for a number of peer-reviewed journals. His research has been awarded funding from NARSAD, NIMH, the Stanley Foundation, and the American Foundation for Suicide Prevention. Dr. Goldberg is a Distinguished Fellow of the American Psychiatric Association and has been listed for many years in Best Doctors in America and Castle Connolly's "America's Top Doctors."

He has been a member of the Board of Scientific Counselors for NIMH and has served on the council of the American College of Neuropsychopharmacology. Dr. Kane also has chaired the NIMH Psychopathology and Psychobiology Review Committee, as well as the Psychopharmacologic Drugs Advisory Committee of the FDA. He has served as president of the American Society of Clinical Psychopharmacology, the Schizophrenia International Research Society, and the Psychiatric Research Society.

Dr. Kane is a recipient of the Arthur P. Noyes Award in Schizophrenia, the National Association of Private Psychiatric Hospitals’ Presidential Award for Research, the American Psychiatric Association Foundations’ Fund Prize for Research, the Kempf Fund Award for Research Development in Psychobiological Psychiatry, the Lieber Prize for Outstanding Research in Schizophrenia, the Heinz E. Lehmann Research Award from New York State, and the Dean Award from the American College of Psychiatrists.

Dr. McIntyre was named by Clarivate Analytics in 2014, 2015, 2016, 2017, 2018, 2019 and 2020 as one of “The World’s Most Influential Scientific Minds”. This distinction is given by publishing the largest number of articles that rank among those most frequently cited by researchers globally in 21 broad fields of science and social science during the previous decade. Dr. McIntyre has published more than 750 articles/manuscripts and has edited and/or co-edited several textbooks on mood disorders.

Dr. McIntyre is extensively involved in medical education. He is a highly sought-after speaker at both national and international meetings. He has received several teaching awards from the University of Toronto, Department of Psychiatry and has been a recipient of the joint Canadian Psychiatric Association (CPA) / Council of Psychiatric Continuing Education Award for the Most Outstanding Continuing Education Activity in Psychiatry in Canada.

Dr. McIntyre completed his medical degree at Dalhousie University. He received his Psychiatry residency training and Fellowship in Psychiatric Pharmacology at the University of Toronto.

Alan F. Schatzberg received his M.D. from New York University in 1968. He did his psychiatric residency at the Massachusetts Mental Health Center from 1969-1972 and was Chief Resident, Southard Clinic in 1971-1972.

After serving in the United States Air Force, he joined the staff at McLean Hospital and the faculty of Harvard Medical School in 1974. At McLean Hospital, he held a number of important positions including Service Chief, Interim Psychiatrist in Chief, Co-Director of the Affective Disorders Program (with Dr. J. Cole) and Director of the Depression Research Facility. In 1988, he became Clinical Director of the Massachusetts Mental Health Center and Professor of Psychiatry at Harvard Medical School. In 1991, Dr. Schatzberg moved to Stanford University to become the Kenneth T. Norris, Jr., Professor and Chairman of the Department of Psychiatry and Behavioral Sciences. He served as Chair of the Department there until 2010 and directs the Stanford Mood Disorders Center.

Dr. Schatzberg has been an active investigator in the biology and psychopharmacology of depressive disorders. He has authored over 700 publications and abstracts, including Schatzberg’s Manual of Clinical Psychopharmacology, whose ninth edition appeared in 2019 and which is co-authored by Dr. Charles DeBattista. He also co-edited with Dr. Charles B. Nemeroff the Textbook of Psychopharmacology whose fifth edition appeared in 2017. He was Co-Editor-in-Chief of the Journal of Psychiatric Research and sits on many other editorial boards as well, including Journal of Clinical Psychopharmacology, Psychoneuroendocrinology, Biological Psychiatry, and others. He is a Past President of the American Psychiatric Association, American College of Neuropsychopharmacology (ACNP) and the Society of Biological Psychiatry and was also the Secretary-General of the International Society of Psychoneuroendocrinology. He has received numerous awards, including; the 1998 Gerald L. Klerman, MD Lifetime Research Award from the NDMDA, the 2001 Gerald L. Klerman, MD Award from Cornell University Medical College, the 2001 Edward A. Strecker, MD Award from the University of Pennsylvania, the 2002 Mood Disorders Research Award from the American College of Psychiatrists, the 2002 American Psychiatric Association Award for Research, the 2005 Distinguished Service in Psychiatry Award from the American College of Psychiatrists, the 2005 Falcone Award from NARSAD, the 2013 Anna Monika Award, the 2014 Kraepelin Gold Medal from the Max Planck Institute of Psychiatry, the 2015 Gold Medal from the Society of Biological Psychiatry, the 2015 Lifetime Achievement Award of the ISPNE, 2017 Julius Axelrod Mentorship Award from the ACNP, the 2018 Donald Klein, MD Lifetime Achievement Award from the American Society of Clinical Psychopharmacology, the 2018 Jules Marmor, MD Award for Biopsychosocial Research from the APA, etc. In 2003, he was elected into the Institute of Medicine of the National Academy of Sciences (National Academy of Medicine). He has received three honorary doctorate degrees.

Dr. Singh is Associate Professor of Psychiatry and Behavioral Sciences, and leads a program aimed to accelerate understanding and treatment in youth with or at high risk for developing a major mood disorder.

Dr. Singh earned her MD at Michigan State University and her MS at University of Michigan. She completed her combined residency training in Pediatrics, Psychiatry, and Child and Adolescent Psychiatry at Cincinnati Children’s Hospital Medical Center. After two years of T32 postdoctoral training at Stanford’s Center for Interdisciplinary Brain Sciences Research, she joined the faculty at Stanford in 2009. Her NIMH and industry funded studies examine mechanisms underlying mood disorders and apply cutting edge strategies to directly modulate the brain using transcranial magnetic stimulation and real time neurofeedback. She is also investigating the efficacy and safety of pharmacotherapies and psychotherapies for youth with and at risk for bipolar disorder, such as family focused psychotherapy and mindfulness meditation, to reduce mood symptoms and family stress. In her spare time, Dr. Singh enjoys traveling and hiking with her husband and three children, and singing Indian classical music.